A couple months ago, Luke O’Neil penned a story for Slate about the practice of restaurants requiring servers to pick up the bill when one of their tables skips out on the check. As O’Neil details,

Many servers are forced to perform two jobs at once: delivering food and working as a severely undertrained and underpaid security force.

The dine-and-dash is often looked on as a harmless prank, without any serious consequences. Restaurants anticipate the occasional walkout as part of their business plan, right? They should, but instead they often pass the buck to employees—and when you learn that servers can be required to pay for the losses out of their own pockets, it doesn’t seem all that funny. The problem is that there aren’t strong protections against the practice in federal labor laws, and state laws prohibiting wage deductions for loss and theft are too often ignored by employers and unknown by workers….

[I]n many states, restaurants may legally dock wages from servers who’ve already been victimized by dine-and-dashers…. Even in states where the practice is technically illegal, the threat of being retaliated against … is so great that servers don’t stand up to bullying tactics from managers who see workers as disposable, precisely because they’re not required to pay them an actual wage, says Vincent Mersich, a labor lawyer in Pennsylvania. “Restaurants can transfer so much of their operating risk onto employees by paying them significantly less than minimum wage,” Mersich told me. Employers in these scenarios are essentially saying, “ ‘You haven’t assumed enough of that risk; you also have to assume the risk of people walking out on their checks,’” Mersich added. “At that point it seems exceedingly exploitative.”

The restaurant industry is messed up in many significant ways, as the recent fast-food workers strike has reminded us, but problems like wage theft, sexual and racial discrimination, and reliance on undocumented workers are at least explicitly illegal. Docking wages for walkouts should be illegal across the board, too, either via an amendment to the Fair Labor Standards Act or via more progressive laws at the state level.

Julia Moskin recently wrote a lengthy piece for The New York Times on advances women have been making in the restaurant industry. As she writes,

In culinary schools, women have long made up the majority in pastry courses, but are now entering general culinary programs at unprecedented rates. At the International Culinary Center (formerly the French Culinary Institute), the change has been striking: In 2012, nearly half the graduates of the culinary program were women — 202 of them, up from 41 in 1992. At Johnson & Wales University, the proportion of female graduates more than doubled over those two decades, and in 2012, men were the minority: 820 women and 818 men graduated that year. At the Culinary Institute of America, the percentage of female graduates rose to 36 percent in 2012 from 21 percent in 1992.

Many of these women have been drawn by an industry that seems newly glamorous, lively and creative. And smartly run restaurants are making new efforts to keep them by paying more attention to employees’ needs….

[For example,] at the nine branches of Momofuku in New York, employees who remain with the company for one year get free health insurance, paid vacations and maternity and paternity leave.

Sounds pretty good, no? Of course, as anyone who has worked in food service knows, it’s not all a rosy picture:

Still, in most restaurants, benefits are a pipe dream and pay is meager. Entry-level jobs, even for chefs with culinary degrees, can pay as little as $15 an hour, once 80-hour workweeks are factored in. Last week, the first in-depth study of business practices in the American restaurant industry confirmed that low pay and job insecurity have led to an exceedingly high turnover rate, compared with other businesses. This is costly for restaurateurs and chef-owners, who contend that they cannot afford to offer higher wages or benefits.

“Women are disproportionately affected by these problems that plague the industry as a whole,” said Saru Jayaraman, co-director of Restaurant Opportunities Centers United, an employee advocacy group….

Head here for the full piece, then check out my earlier post on Charlotte Druckman’s book, Skirt Steak: Women Chefs on Standing the Heat and Staying in the Kitchen,

The farmworkers who harvest America’s commercial tomato fields chalked up another success last week. Barry Estabrook, James Beard Award–winner and author of Tomatoland: How Modern Industrial Agriculture Destroyed Our Most Alluring Fruit, begins his report at Civil Eats this way:

The struggle for labor justice in the fields of the United States—and perhaps far beyond—took an historic stride forward [on January 16]. At a folding table in a metal-clad produce packing shed beside a tomato field in southwestern Florida, two high-ranking executives from the giant retailer Walmart, which sells more groceries than any other company in the world, sat down beside two Mexican farmworkers and signed an agreement to join the Fair Food Program.

Originating as a solution to the atrocious working conditions in Florida’s $650 million tomato industry, which included several cases of abject slavery, the Fair Food Program was created by the Coalition of Immolakee Workers (CIW), a human rights group based in Immokalee, Florida, the state’s largest migrant workers’ community.

The program is unique in that it creates a legal framework linking laborers, tomato farm owners, and final purchasers of tomatoes. The purchasers, which include such giants as McDonalds, Whole Foods Market, and Sodexo, have agreed to pay an additional penny per pound for the tomatoes they buy. In turn, the producers pass that penny directly along to the workers. A penny-a-pound might sound like a pittance, but it represents a 50 percent raise, the difference between making $50 and $80 a day.

For the full story, including links, head here. 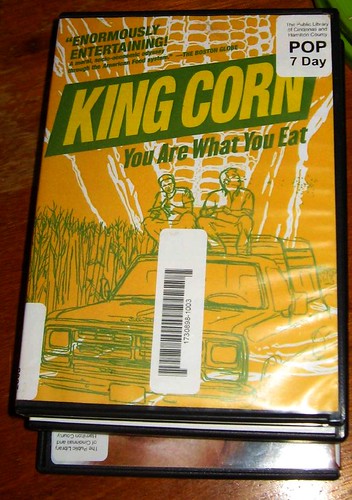 Wondering what to stream online, check out from the library, or rent at your local video store?

Thanks to HuffPost, I discovered a list of “26 Films Every Food Activist Must Watch,” compiled by Danielle Nierenberg and Katie Work.

The films include modern classics like King Corn, others still in production—like Food Chains, whose Kickstarter campaign I contributed to—and a number of movies I hadn’t heard of.

Food Tank has selected 26 films — both long and short — to share with you. From the importance of land rights for smallholder farmers in sub-Saharan Africa to the insidious dominance of fast food in an urban community in California, each of these films can inform and inspire eaters all over the world.

For the full list with links and brief descriptions of each film, head to Food Tank’s website. Happy viewing! 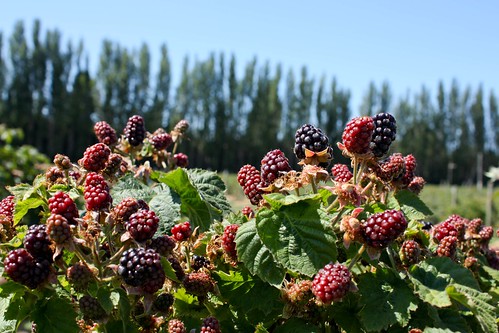 Matthew Canfield recently contributed an article to Civil Eats on the efforts of berry pickers in Washington state to improve their working conditions. As he describes,

On July 10, Frederico Lopez couldn’t take it anymore. The berry picker says he was constantly barraged with verbal abuse by his supervisor, while earning only 30 cents per pound of berries. “It’s unjust to yell at us like we are animals, simply for asking for a fair wage” he told his supervisors that day….

On the hot summer day Lopez complained, he was given an eviction and a pink slip – a practice that would is routine in the fields. But on this day, Lopez’s co-workers took notice and decided not to return to work the next day. What has ensued has been an all-out labor dispute in a region widely known for its local food movement. As the farm workers press on to raise their working conditions, they are raising important questions about the priorities and social values of the burgeoning food movement.

The article is well worth a read: find the full post here. For some great reporting on wage theft in the produce-picking industry, check out this earlier post.

Photo by Nathan Walls [base10] via Flickr, used under a Creative Commons license (CC BY-NC-ND 2.0)

Yesterday NPR’s Dan Charles posted about efforts to help protect Spanish-speaking farmworkers from the chemicals they regularly come into contact with. As he notes,

Pesticides carry warning labels that spell out health risks and how workers should protect themselves — but those labels are usually in English. More than 80 percent of the workers in the “salad bowls” of Salinas, Calif., or Yuma, Ariz., are Hispanic. Many have difficulty communicating in English.

Farmworkers “are frustrated about their lack of knowledge about these chemicals,” says Virginia Ruiz, director of Occupational and Environmental Health at Farmworker Justice. Her group, along with many others, submitted formal to the EPA arguing that “without bilingual labeling, today’s Spanish-speaking agricultural workforce is at great risk for pesticide exposure.”

Will Bunch of The Philadelphia Inquirer recently wrote a great piece about the sub-poverty wages of many workers in fast food and other parts of the service sector. He writes,

Over the past two decades, with the Industrial Revolution and its union wages all but a memory, fast-food jobs have skyrocketed – now employing roughly 3.5 million Americans and as many as 15,000 Philadelphians.

In a new service-based economy, flipping burgers and manning the drive-through is no longer just a part-time starter job for eager high-school students, but now a long-term solution for people on the wide bottom of the economic pyramid – folks lacking a diploma, single moms or those escaping long-term unemployment.

The ones who stay behind the counter have found not only that it’s hard to claw much above the $7.25 minimum wage, but that they have little or no leverage with the big chains or their franchisees – and no one speaking on their behalf.

And for reporting on abuse of international guest workers by a McDonald’s franchisee (see protest photo above), check out these stories from Josh Eidelson at The Nation.